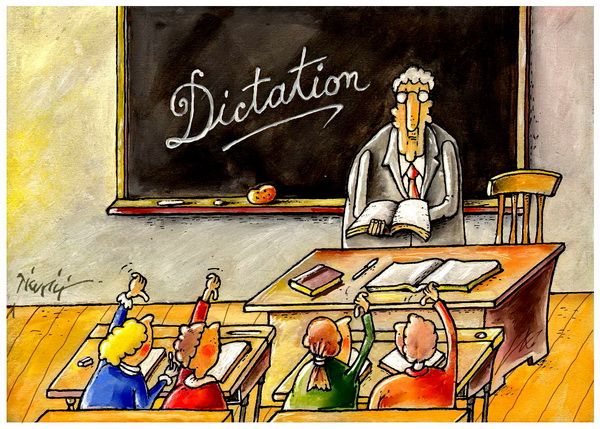 This is the third post on the series of dictation. I will be using the same list of fifteen words and expressions that I included in the previous posts as an example. You will be using your own. I find that ten to fifteen items is an adequate number for this type of activity. Dictate this list of words and expressions at normal speed just once and wait about four or five seconds in between items. This time, unlike in the previous posts, the students will be taking the words down as they hear them. Here is the list:

-it threw me off

-to turn down a job

-it slipped my mind

-to get a refill

-to pull a sickie

-to have a whale of a time

Before you dictate the words tell the students to draw three columns in their notebooks on on their pieces of paper headed this way: 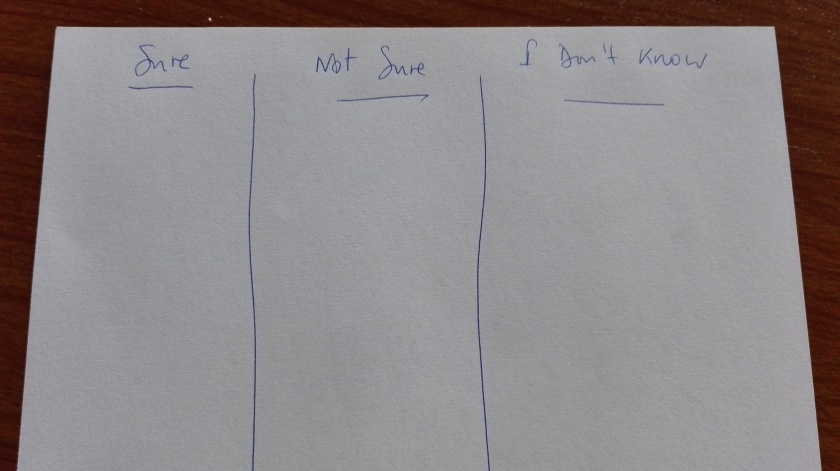 Students can check lists with their peers and ask about the words and expressions they don’t know or couldn’t identify or spell correctly.

Here is a variation of this type of dictation (in fact, my favorite). Dictate the words (no table with headings at this point yet) and then have the students decide how they would group these words under categories. It’s OK to leave out some words (but not too many) uncategorized. This is a possible arrangement.

Give the students time to decide how they would group the language items and then encourage them to compare lists with peers and justify their choices. They may include a language item under more than one category if they wish. For instance, “to get a refill” might make reference to an extra drink at a restaurant or to get more of the same medication. “It threw me off” might indicate someone didn’t like the smell of a certain meal and was discouraged to eat it or it could simply go under the category of informal expressions.

The whole idea is to make the language memorable and come alive  by allowing the students to make choices and use their creativity with a critical mind.